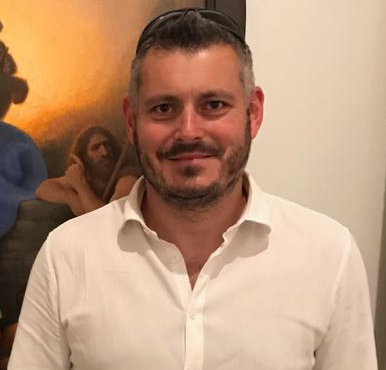 Member of the Governance Council

Richard Bingley is the Managing Director of GBS education group and founding Chairman of
the Global Cyber Academy. He has spent more than a decade serving as a British university
academic, high-level leadership consultant, and NGO Director, specialising in the fields of
Leadership, Business Resilience and Technology-related Risk Management. He served as
Business School Director, Senior Lecturer for Security and Resilience and Course Leader for
MA Leadership and Management, at Buckinghamshire New University between 2012-17.
Richard has tutored UK Armed Forces personnel and various government agencies,
including the National Counter Terrorism Security Office (NaCTSO). Richard studied at
Leeds University (MA) prior to working in the government and security sectors during the
2000s.

Richard is a ‘pracademic’ (practical academic) believing passionately that successful
education is predicated upon tutors being able to articulate ‘real world’ learning strategies.
As a licenced security planner, involved in Close Protection Operations, he worked with
many high-profile organisations, including at Russia’s 2014 and London’s 2012 Olympic
Games.

To date, he is the author of three well-received security books, a fourth on Cyber Security in
the Boardroom is due out in 2019. Richard serves on the International Advisory Council for
the influential business forum, the Terrorist Information New York Group (TINYg). Richard is
a regular broadcaster and weekly contributor on security and tech issues at London’s
LoveSportRadio. His PhD study is in the field of Entrepreneurial Leadership. He is a popular
LinkedIn personality with around 20,000 followers. He also holds a Post-Graduate Certificate
in Learning and Teaching in Higher Education and is a Fellow of the Higher Education
Academy.